BACK TO ARTICLES
May 19, 2016
Whitney VanKlaveren

Company ownership within the truck equipment industry in North America has faced a gradual shift over the last few years as European companies have acquired those in North America.

As a result of changing ownership, European hydraulic components have been brought into the North American truck equipment market and introduced as that company’s standard product. Of these products, one has been transmissions with only a rear mount power take-off option. 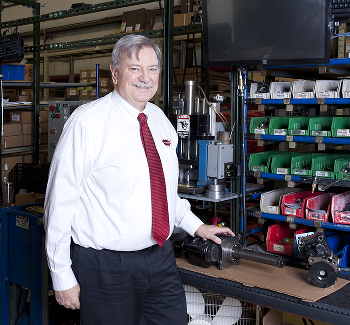 The standard in Europe, the rear mount has been somewhat of an abnormality in North American applications. But as European influence continues to increase, the rear mount may become more prevalent.

“In North America for many years there weren’t very many rear mount applications,” explained Product Manager – PTOs & Electronics Rick Wallace. “The Road Ranger was the only popular transmission offering a rear mount at that time, so a rear mount product line wasn’t a high priority.”

As the rear mount power take-off is a requirement for European manufactured trucks, it leads one to wonder how companies operating under traditional, North American truck equipment standards will adapt to meet the European standard.

With some of its customers changing to European ownership, Muncie Power Products has been proactive in adapting to this change.

A major asset to meeting customer needs regarding the European standard, has been its relationships with both its parent company, Interpump Group, and sister company, Hydrocar, based in Italy.

“Having a parent and sister company that manufacture rear mount PTOs for trucks in Europe, Asia and India, we now have access to European rear mount PTOs,” said Wallace. “We have been able to modify the assembly of these PTOs for our export customers in Florida and Texas, and also our customers in South America that are buying trucks from Europe.”

According to Wallace, the model construction starts out with the traditional rear mount configuration of RS4S but is then followed by P82Z1 (example), referencing the collaboration with Hydrocar.

“We went out of our normal realm to assign a part number because it’s a combination of a Hydrocar PTO and a Muncie Power assembly,” said Wallace. “We tried to create a number that incorporated both of these."

Once the appropriate construction has been determined for each application, it is at Muncie Power where the assembly takes place based on construction specifications. Upon being constructed, the PTO is then dispersed.

Working as a team has ultimately resulted in a mutually beneficial relationship as Muncie Power Products and Hydrocar share knowledge of their respective marketplace to create an effective product for both.

“It’s becoming more and more popular for companies to change leadership and bring in more of a world supplied market and not just products made in the U.S. or North America,” Wallace elaborated regarding the industry change. “Working with a company that has already worked with and in the European market like Hydrocar has helped to meet this product need.”

A veteran at Muncie Power Products with 40 years of dedicated service, Product Manager – PTOs & Electronics Rick Wallace is the resident expert in PTOs. Wallace a graduate of Southern Illinois University, Carbondale, has a bachelor’s degree in industrial technology. He is married to his wife, Lani, and they have three adult children.