Keep your oil clean: Contamination and its many forms

Note: In this article, we will use the word “contamination” rather than “dirt” because contamination can take many forms, whereas dirt is a type of contamination.

Contaminates can cause a variety of different damages or even bring a whole system to a halt.

When talking about and analyzing contamination, two factors are considered: size and concentration. The unit of measure for particle size is the micron (μ). Concentration is measured in the number of particles per milliliter, ¹⁄1000 of a liter. A milliliter of oil is about the size of a sugar cube. So, how large is a micron exactly? The visibility threshold, or the smallest object that can be seen with the naked eye, is approximately 40μ. Table salt is 100μ, a human hair has a diameter of 70μ, and a red blood cell is 7μ.

This kind of contamination can come in a variety of large and small sizes such as silt, sand, welding splatter, metal shavings, Teflon tape, fibers from rags, bolts, hand tools, and rust particles.

Some of these particles are large enough to bring a pump to an immediate and violent stop, leading to broken gear teeth and sheared input shafts. Large particles can also cause “phonographing” (circular scoring that resembles a record) on parts. Finer contaminates, especially in large quantities and under pressure, create a sandblasting effect the internal parts of the hydraulic components, such as thrust plates. In either case, the end result is increased wear and heat, which leads to decreasing system efficiency and component life as a whole.

This kind of contamination occurs during the manufacturing and assembly procedure, which includes welding slag and splatter, dust from storage, paint chips, Teflon tape particles, and contaminates from “new” oil. Other common built-in contaminates come from hydraulic hoses when they are cut to the desired length and crimped.

As a reminder, store oil drums on their sides and store designated oil handling pans, buckets, and funnels upside down in a dust free cabinet. It is also recommended that new oil is filtered as it is put into the reservoir to reduce built-in contamination. Built-in contamination is avoidable if the ports and hoses are kept clean.

This occurs when a system is opened for service and dirt is allowed in. Pressure washing, if directed toward the reservoir, introduces water to the system. Water is the most common, and often enters through the tank breather as the oil level rises and falls during normal system operation. Try to be mindful of the location the system is being serviced in; for example, if it is windy, there could be a chance that sand or dirt can get into the system when it is open.

Wear particles, which are generated from normal operation, come from pumps, cylinders, and hydraulic motors; rubber compounds from hoses and seals; and varnishes from the breakdown of oil additives. This type of contamination is generally avoidable when is care taken on the products. However, products do eventually need to be replaced; for example, when rust occurs on steel products. Internally generated contamination depends primarily on the type of products going on an application. 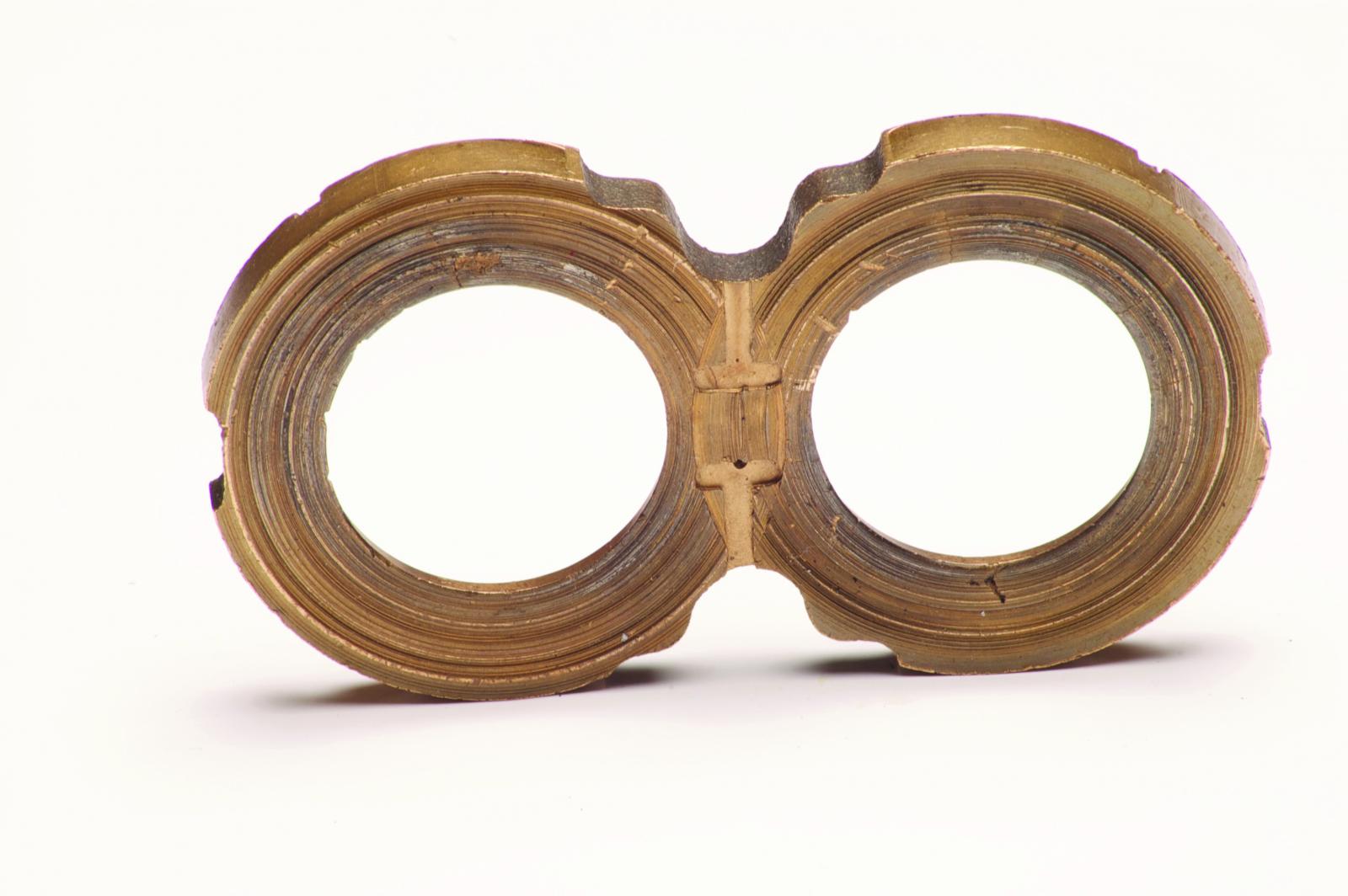 This is an example of thrust plate phonographing in a hydraulic pump, which is caused by large particle (sand, metal shavings, etc.) contamination. The circular scoring on the thrust plate face resembles grooves on a record. 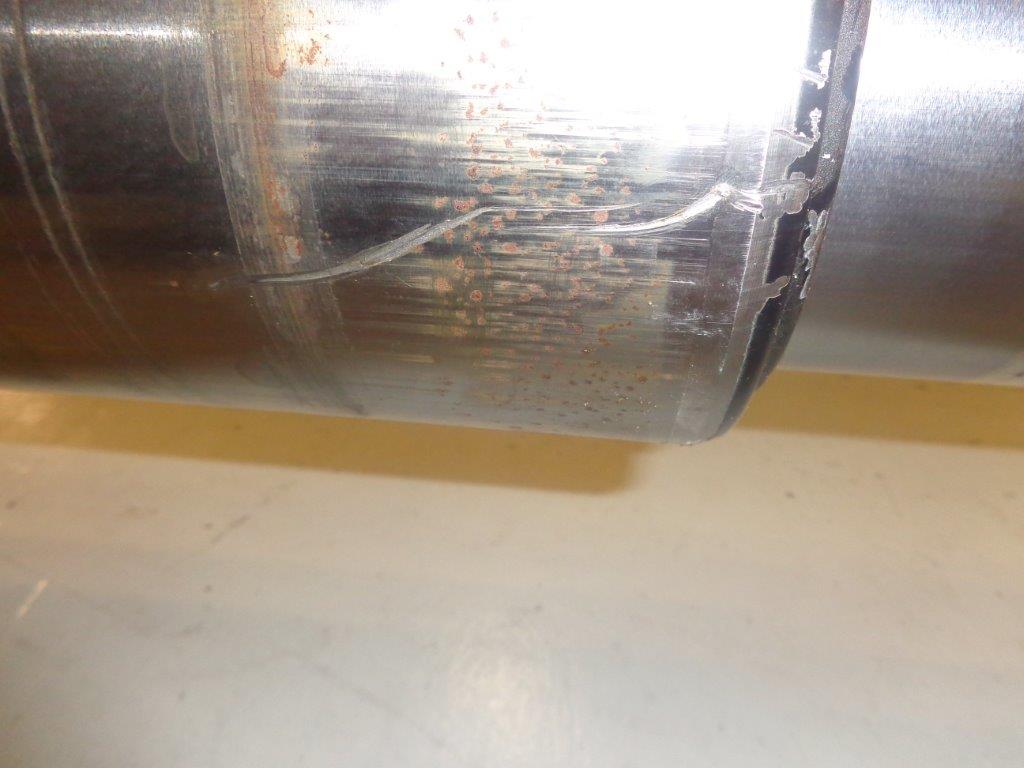 This is an example of rust contamination in a telescopic cylinder. It is caused by damage to the wiper, which will allow the upper portion of a non-chrome stage to rust. 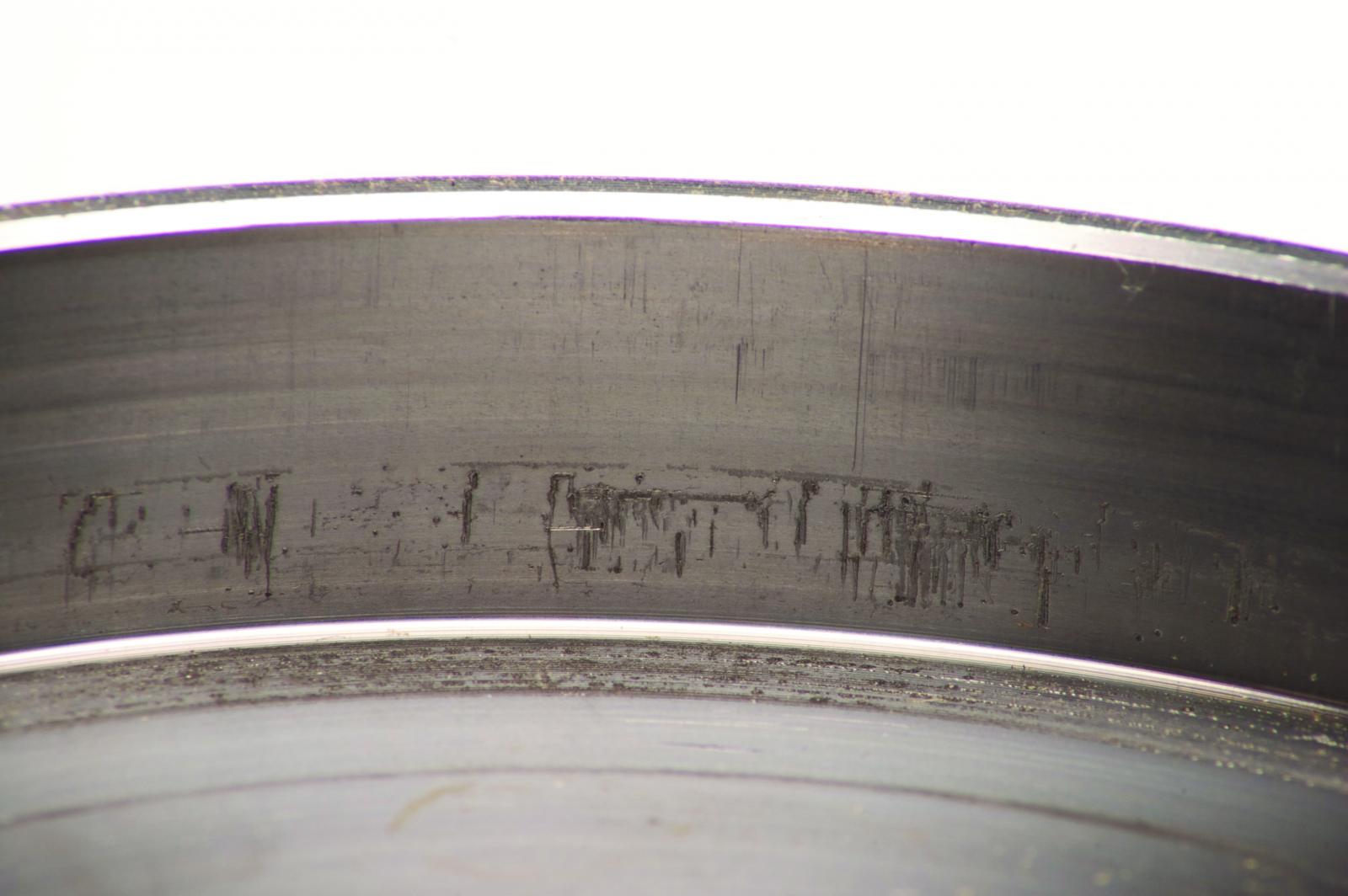 This is an example of scoring on the walls of a piston cup in a CS Series PTO. It’s caused by contaminates in the transmission fluid getting inside of the PTO clutch pack.

Additionally, two other chemical contaminates are cleaning chemicals and liquid calcium chloride, which can occur when attempting to clean out the system. The best way to prevent this from happening is to be aware of any liquid that is near the breather and not to allow fluid to be spilled on top of the reservoir.

RELATED: Hydraulic oil: The life of the hydraulic system

As previously mentioned, water is the most common type of contamination in a system; however, oil can absorb up to 300 parts per million (PPM). Amounts above 300 PPM exist as emulsified water, which give the oil a milky appearance. When the water present in the system is above the saturation level (300 PPM), it becomes free water, which causes the oil and water to separate. It has been estimated that as little as 1% water in hydraulic oil can reduce pump bearing life by as much as 90%.

The presence of water also accelerates the breakdown of the additive package found in hydraulic oil and promotes the formation of acidic by-products which lead to corrosive wear. Water is also a major contributor to the process of oxidation, the reaction of oxygen to the carbon and hydrogen elements of hydraulic fluids, which results in the formation of sludge and contributes to corrosion. Additionally, water can lead to bacteria and or mold build up the system.

When working with hydraulic oils, there is a cleanliness code that should be maintained that was developed by the International Organization for Standardization (ISO). ISO developed a scoring system that assigns a code, by performing an oil sampling analysis, based on parts per milliliter and establishes a minimum cleanliness level for the industry to follow.

An improvement in particle contamination of one ISO cleanliness code can result in a 10% to 30% increase in component life. The ISO recommendation for a typical open center gear pump system operating at 3,000 PSI is 19/17/15. The first number (19) in the code reflects the allowable number of particles of a size equal to or greater than ≥ 4μ. The second number (17) reflects the allowable particle count ≥ 6μ. The third (15), ≥ 15μ, this translates to a total particle count of no more than 5,000/ml of 4μ or larger, 1,300 ml of 6μ or larger, and 320 ml of 14μ or larger particle size. The 5,000 ml would include all particles larger than 4μ.

It has been estimated that between 70% and 90% of hydraulic system failures are the result of contamination. Filters, properly selected and maintained, will prevent contaminates from damaging hydraulic components and enable the system to run cooler, quieter, and longer. Filters may be located in the suction filter, pressure, or return line. The more common on-highway vocational trucks typically use return line filters, although the type of filter and location will be determined by the hydraulic component system.

With various types, sizes, and ways contamination can get into the system, it’s important to be cognizant of the system as a whole and to take care of it.